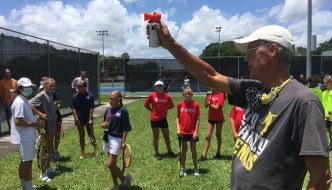 The USTA Foundation, the charitable arm of the United States Tennis Association Incorporated (USTA), has awarded grants totaling more than $1,070,000 to 105 National Junior Tennis & Learning chapters (NJTL) in 36 states and the District of Columbia. The grants are designated to support under-resourced youth through tennis and education programs designed to improve health, […] 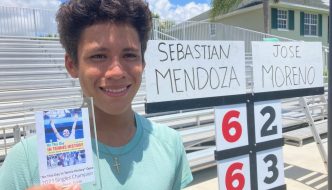 Sebastian Mendoza, the No. 1 player on Vero Beach High School’s state runner-up boys tennis team, defeated Jose Moreno of Tampa, Florida 6-2, 6-2 to win the $500 Universal Tennis Rating (UTR) “On This Day In Tennis History” Book Open at The Boulevard tennis club. Mendoza earned the first prize of $325 with the win […] 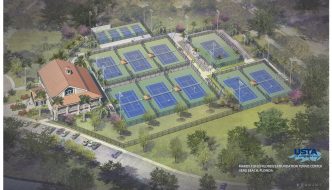 There is Arthur Ashe Stadium, Rod Laver Arena, but how about Mardy Fish Court? It may happen in Vero Beach, Florida, the hometown of the U.S. Davis Cup captain and 2004 Olympic silver medalist Mardy Fish. The Mardy Fish Children’s Foundation, the charitable organization founded by Fish in 2007, has been in discussions with the City of […] 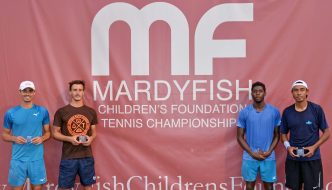 The Mardy Fish Children’s Foundation has announced that the 2021 edition of its annual Mardy Fish Children’s Foundation Tennis Championships pro tennis tournament will be held October 18-24 at The Boulevard tennis club. The popular annual tournament, Vero Beach’s leading international sporting event, will once again be held in October, rather than its traditional April […] 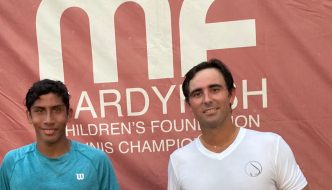 Inarguably, the two greatest tennis players from tiny Ecuador are Andres Gomez and Pancho Segura. Gomez won his only Grand Slam at the 1990 French Open beating Andre Agassi in the final, but he also won 21 ATP singles titles and was ranked as high as No. 4 in the world in 1990. The other […]

One of the many great clubs in Vero Beach! https://youtu.be/_LTqSDpHiV8

Tim Henman played in our event in 1995 and reached the semifinals!

Five years ago, Denis Shapovalov played an amazing match at age 17 at our @VeroFutures event in Vero Beach, Florida. Here is his post-match interview to the crowd and my chat with him for our local news story https://youtu.be/lgQ9duoR1co via @YouTube